The Pattonville School District’s tax rate for homeowners will remain unchanged from the previous year after the board of education voted on Sept. 25 to approve proposed tax rates for the 2020-2021 school year. The residential rate will continue to be lower than the rates for agricultural, commercial and personal property, as promised to voters when they approved the Proposition P tax rate increase in 2013. At the time of the election, the district promised to limit the residential tax rate increase for as many years as possible. Proposition P allowed the district to levy up to 99 cents, but the district has kept its commitment, limiting the increase to 35 cents per $100 of assessed valuation for homeowners for the last seven years.

Approximately 86% of Pattonville’s revenue comes from local sources, which include taxes paid on property in the district. These taxes are based on the assessed value of the property, as determined by the St. Louis County assessor’s office. Although 2020 is not a year in which the county assessor’s office reassesses property, the value of property in the Pattonville School District grew by 1.4% due to new construction. In addition, Pattonville typically has to refund between $1.6 million and $2.2 million each year due to commercial property owners securing successful appeals of their property values with the state tax commission. This year, there were no significant property tax refunds.

Pattonville is keeping careful watch on its revenues and expenditures, which have been negatively impacted by the COVID-19 global pandemic. Pattonville has seen a decline in revenues that began in March 2020 and will likely continue through the 2020-2021 school year. While the district received $576,000 in federal CARES Act funding to support its COVID-19 response, the district also lost $2.1 million in revenue from reduced interest earnings, state sales tax revenue (Proposition C), state Foundation Formula funding, state transportation payments and district fees, tuition and food sales. In addition to the revenue decreases, the district incurred extraordinary expenses to prepare for the 2020-2021 school year. These expenses include the costs of personal protective equipment (PPE), sanitation supplies and other materials. Initial costs for these items are estimated at $525,000, but the safety preparations could grow to nearly $1 million, depending on the length of time students spend in classrooms this year. 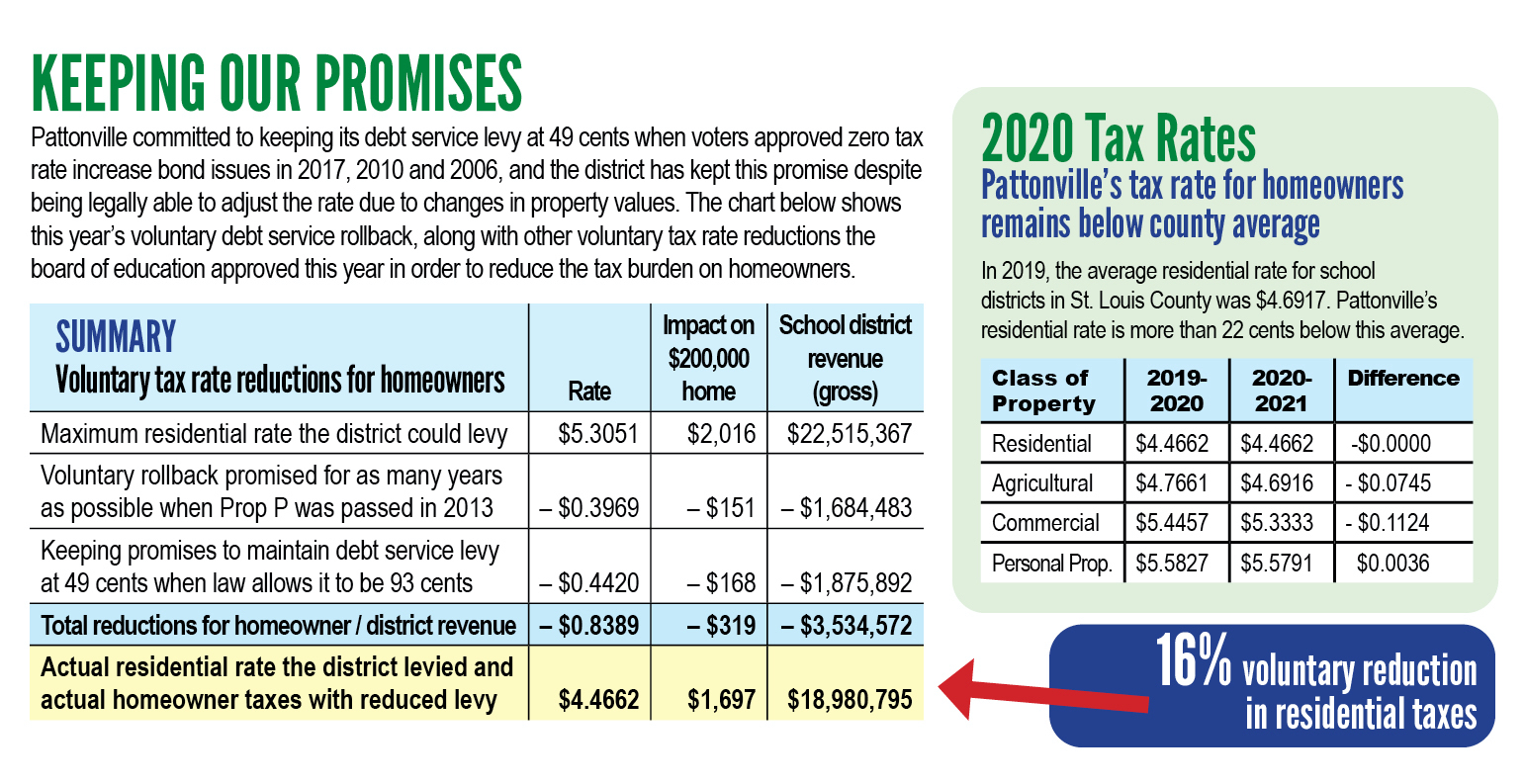