Students, staff recognized at the Dec. 14 board meeting

Each month during the school year, the Pattonville Board of Education honors students, staff and volunteers who have gained recognition outside of the district. Students from Rose Acres Elementary School, Holman Middle School and Pattonville High School were recognized at the Dec. 14 board meeting. 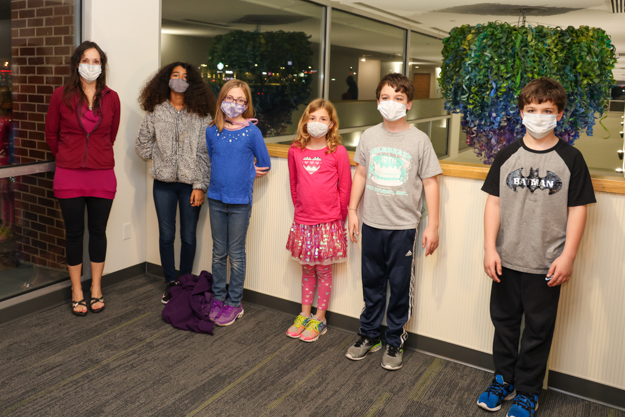 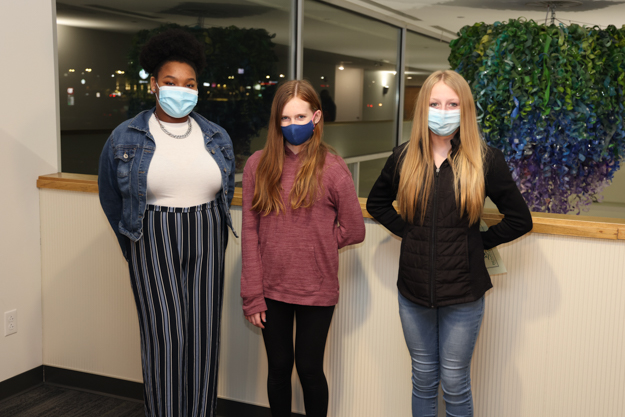 Junior Tara Wang was selected as a finalist/grade-level winner in the St. Louis County Board of Elections and St. Louis County Library “I Voted” sticker contest. After nearly 7,000 votes were cast, Wang’s artwork was chosen by the public as the best in the 9th-12th grade category. Her design, along with the other two finalists’s designs, will be professionally printed on the “I Voted” stickers and distributed to all polling places throughout St. Louis County beginning in 2022. Wang will receive a large plaque containing her artwork image and a $50 Visa gift card. Wang completed her design as part of an optional assignment in Kelli Dornfeld’s Graphic Design 1 class. 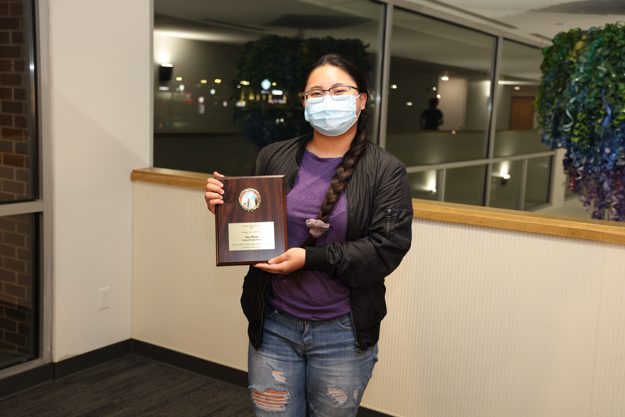 PHS student Tara Wang will have her artwork printed on "I Voted" stickers in 2022.

Seven students from Pattonville High School submitted artwork to the 100 Neediest Cases art contest sponsored by the United Way and the St. Louis Post-Dispatch. Art by sophomore Macy Bunton and senior Caleb Simpkins was selected to be among the top 40 entries and appeared in the print and online editions in November. Jada Brown, Aileen Cortez Gomez, Payton Crump-McHugh, Jessica Hurtado and Michael Montoya Jr. also submitted for the contest and will be included with Bunton and Simpkins in a display at the Missouri History Museum through Jan. 3. The Neediest Cases campaign helps thousands of disadvantaged families during the holidays, with the Post-Dispatch highlighting 100 cases to raise awareness and encourage donations for those in need. The art students are part of Beth Kathriner’s Drawing 2 class. 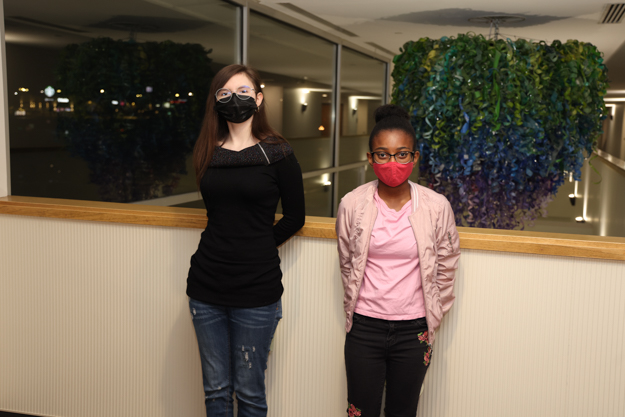 From left, Pattonville High School students Macy Bunton and Jada Brown were among those honored in the 100 Neediest Cases art contest. 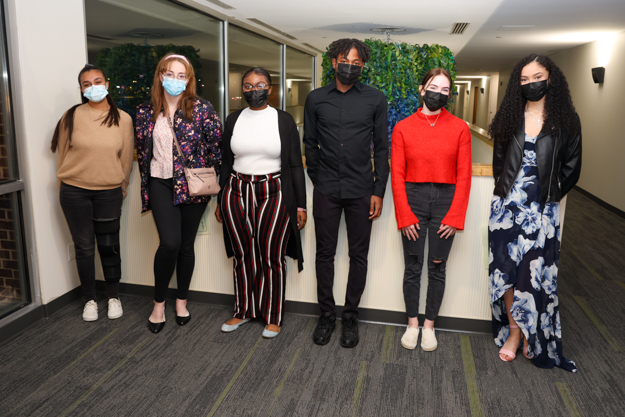 Senior Keilah Wilkes was named All-Metro second team and earned All-State honors for the third year after placing 10th in the 5K at the Class 5 state competition. She also placed second at districts and was named a district champion and selected All-Conference first team. She is coached by Margaret Hall, with the assistance of Katie Gengler and Kyle Hall. 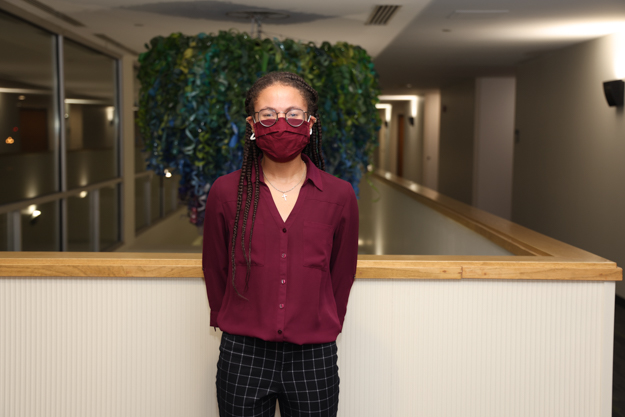 Keilah Wilkes earned All-State honors for the third year in a row. 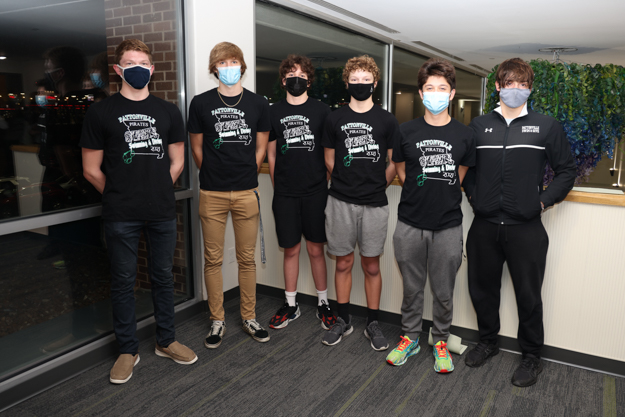 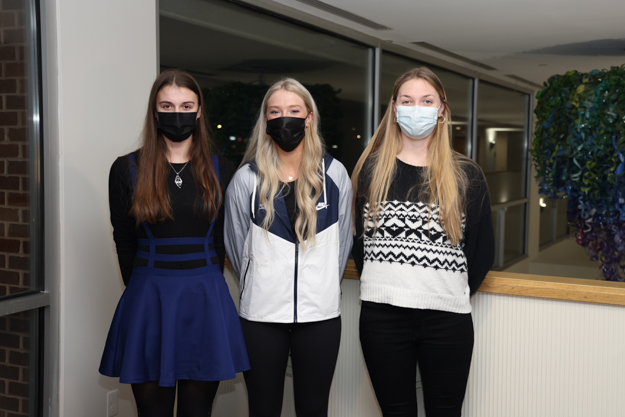 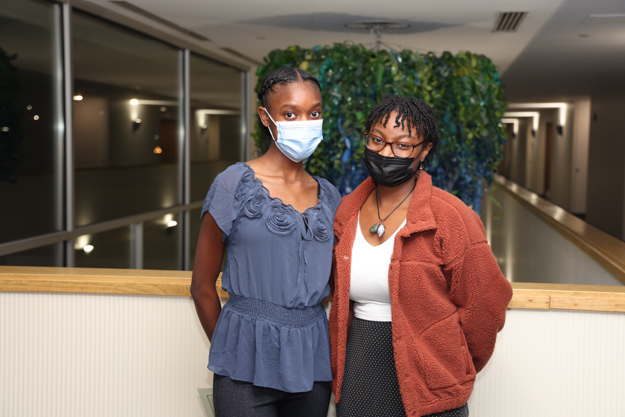 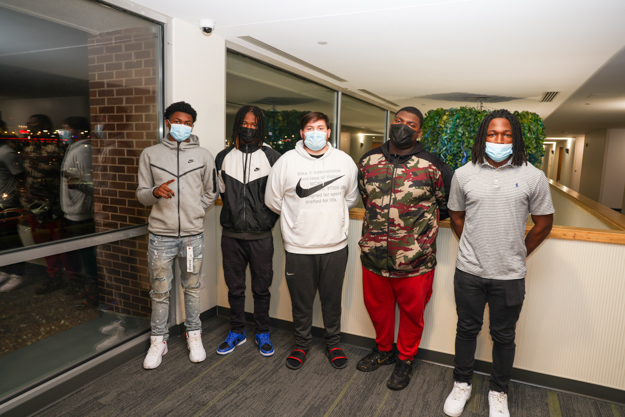 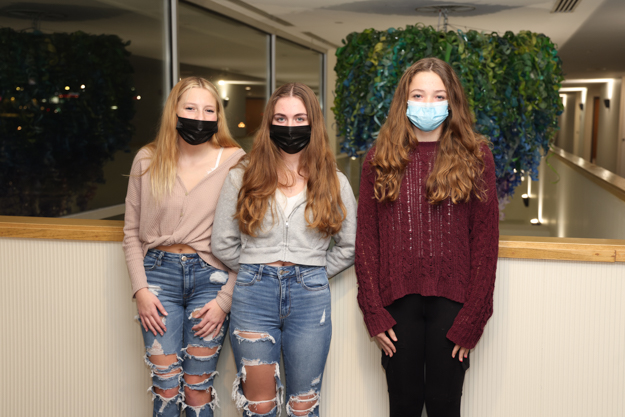 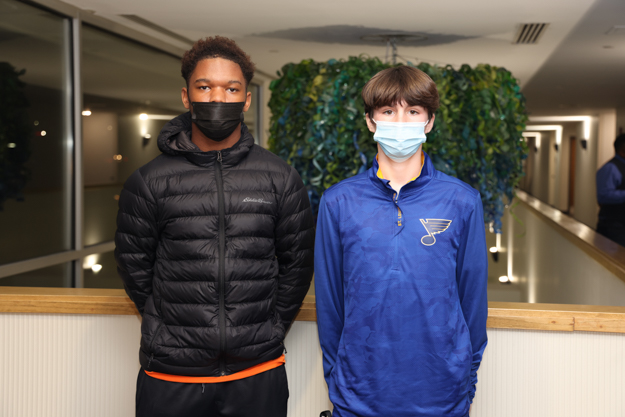 All-Conference first team honors in softball were awarded to Sami Green as an outfielder, Samantha Heine as a catcher, Madison Leckrone for infield and Allison Schrumpf as a utility player. Sarah Rizzello was named an All-Conference second team pitcher. Allison Pearia received the All-Conference Sportsmanship Award. The softball team is coached by Rob Simpson with the assistance of Victor Fink.

Senior Lindsey Meyer was named All-Conference second team for singles. She is coached by Jeff Grass with the assistance of Emily McDaniel.

Pattonville college and career preparation coordinator/counselor Michelle Luraschi was a co-presenter or panelist at several recent conferences. Luraschi co-presented a session titled “Counseling for All Post-Secondary Pathways” at the Missouri School Counselor Association Conference. She served on a panel with Brian Crouse, vice president of education programs for the Missouri Chamber of Commerce, as a former participant in the “Show-Me Careers Educator Experience.” At the Missouri Association of Student Financial Aid Personnel Conference, Luraschi served on a panel of high school counselors speaking to student financial aid administrators from Missouri colleges and universities on ways to improve the financial aid outcomes for students and families. Luraschi was also a co-presenter at the STEMSTL’s Annual Gathering on “Career Counseling Strategies” to high school, non-profit and STEM industry leaders. Luraschi assists Pattonville High School students in exploring, preparing for and transitioning from high school to their future educational training or college program, military enlistment and/or career.