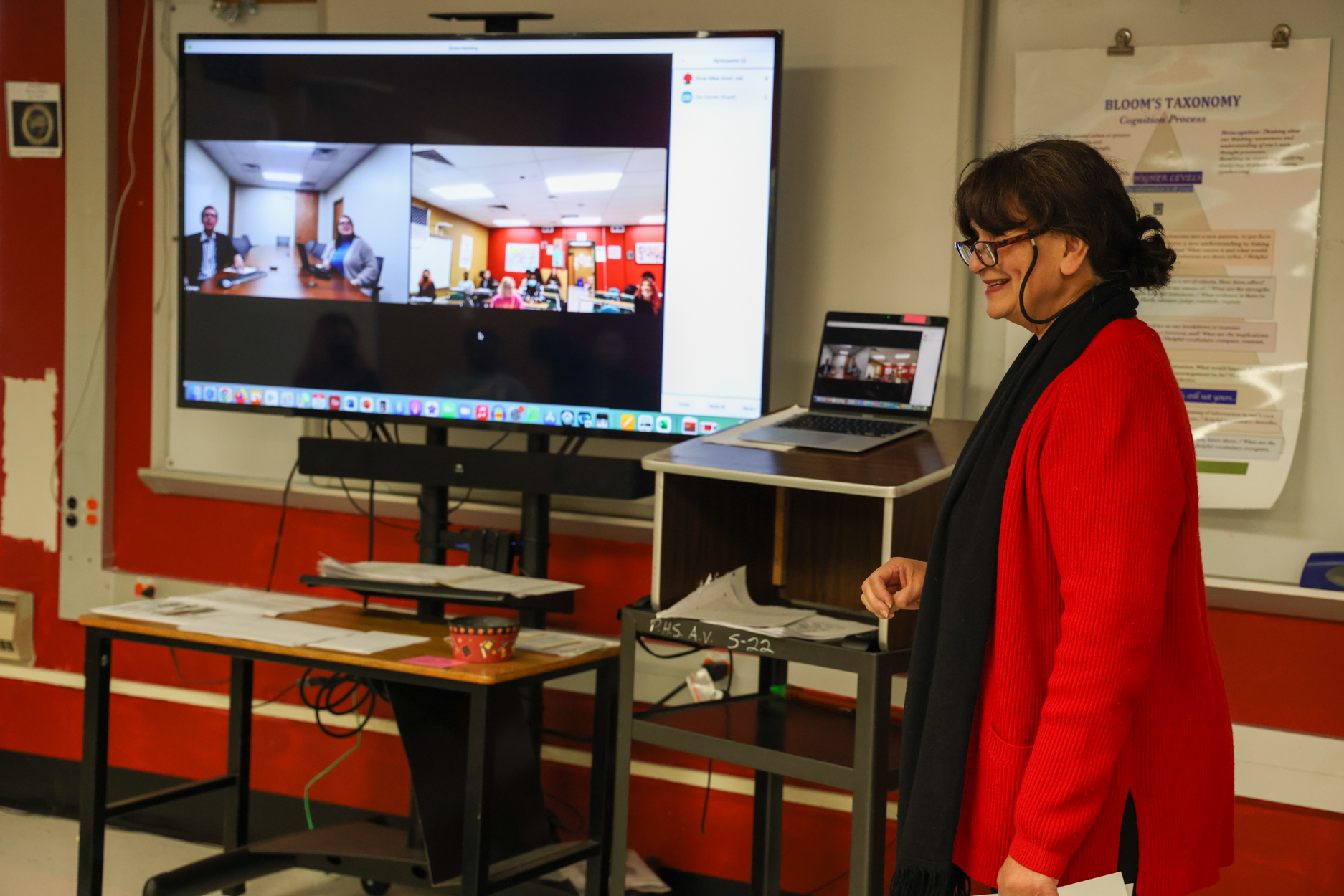 Johnson spoke very highly of her former teachers and her experience at Pattonville High School and said that their great teaching is one of the main reasons why she continues to study language in college and is considering a teaching career.

On April 29, Dr. Dan Doman, chair of the Classical & Modern Languages department at Truman State University, and Johnson met with several modern language classes at Pattonville High School on Zoom for a virtual visit and to answer student questions.

Based on results of scientific studies, Doman talked about the many personal and professional benefits of studying a foreign language and answered student questions. He explained how becoming “global citizens” would open their understanding of the world around them, their appreciation to each other and consequently to themselves. He emphasized how increasing their cultural competency and knowing a second language would make them more employable in today’s market, as it was shown in a 2019 study where nine out of 10 employers rely on employees with language skills other than English.

Doman also described the increase of brain mass, brain power because of a bilingual brain juggling the same information in different languages, strengthening one's cognitive and multitasking abilities. He spoke with the students about the importance of foreign language in their career and future and discussed college requirements and the many available foreign language and study abroad programs Truman State University offers.