Students, staff recognized at the Sept. 13 board meeting

Each month during the school year, the Pattonville Board of Education honors students, staff and volunteers who have gained recognition outside of the district or who’ve made a special contribution to the educational programs in Pattonville. Learn more about students and staff who were recognized in September.

Senior Sadie Shull was part of the club team that won the U.S. Youth Soccer National Presidents Cup national championship in the girls under-17 division. Her team, JB Marine Miller 2005G, competed in the tournament in Greensboro, North Carolina, in July. The team played in a four-match bracket and won three of its four games.

Pattonville High School senior Sydney Suvansri was named the 2022 High School Band Directors National Association (HSBDNA) National Band Student of the Year. In May, the clarinetist was selected as a member of the All-National Marching Band and the All-National Concert Band. Senior trumpeter Max McFarland was also selected as a member of both ensembles and was named a finalist for the National Band Student of the Year award. Across the country, only 12 clarinetists and 12 trumpeters were selected for each group. This is the second time since 2020 that a Pattonville High School band member has received the top national honor. Pattonville High School’s band teachers are Laura Livesay, Denny McFarland and Anna White. 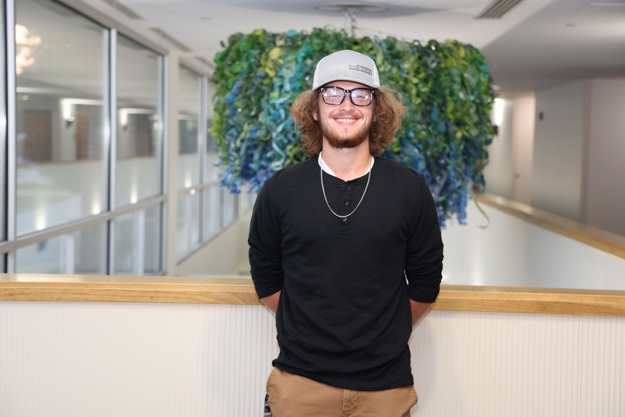 Max McFarland was a finalist for the HSBDNA National Band Student of the Year award.

The Pattonville High School varsity cheerleading team performed at the National Cheerleaders Association (NCA) Speed Camp hosted at Lindenwood University in June. All members of the varsity squad were nominated to try out for the All-American Team and five were selected to it. They were Ian Bailey, Jackie Clinton, Izzy Hatfield, Riesen Riley and Korrina Young. Bailey was also the recipient of the Top Gun award in tumbling and Riley won the Top Gun title in jumps for the second straight year. Four cheerleaders were selected by NCA staff or a member from another team to receive the Pin It Forward award. This award is given to individuals who show outstanding leadership, communication and maturity. They were Bailey, Riley, Tristyn Russell and Gabriella Serra. Other members of the varsity team that were nominated for the All-American Team were Bianca Appleton, Savannah Branson, Niyah Brown, Kemya Butler, Danya Green, Caraline Guetschow, Clare Ridings, Selena Riede, Chelsea Tate and Lauren Woods. The varsity team is coached by Kalli Hunt. 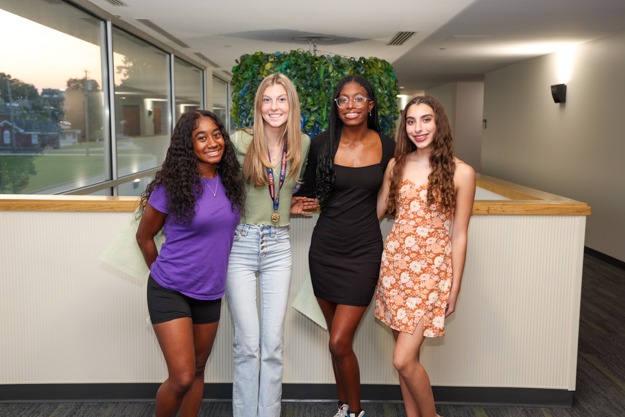 Members of the cheerleading team were nominated try out for the All-American Team. They include, from left, Riesen Riley, Izzy Hatfield, Tristyn Russel and Gabriella Serra. 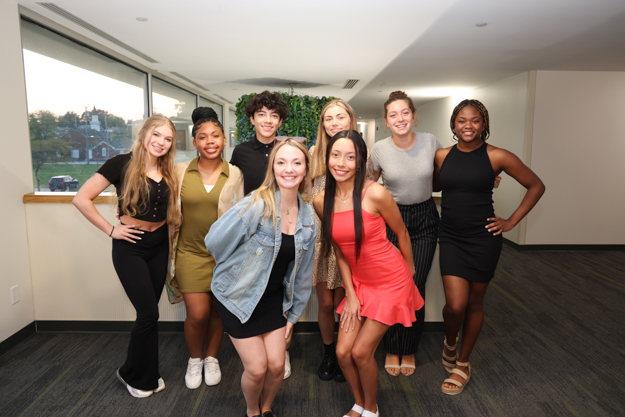 Tom Iffrig, driver education teacher, was selected as a national Teacher of Excellence award recipient by the National Road Safety Foundation and the American Driver and Traffic Safety Education Association (ADTSEA). Five Teachers of Excellence were honored on July 25 at the ADTSEA national conference in Vancouver, Washington, where they also presented innovative lesson plans to their peers. In May, Iffrig was named the 2022 Missouri Teacher Excellence Award nominee by the Missouri Driver Safety Education Association (MODSEA) during its annual state conference. Iffrig, a Pattonville alumnus, started teaching in Pattonville in 1997 as a middle school health and PE teacher. In 2007, he moved to Pattonville High School as a driver education teacher.

Science teacher Jamie Jobe was selected as one of 59 teachers across the U.S. to receive the Outstanding Project Lead The Way (PLTW) Teacher award. She is being recognized for her work in the PLTW biomedical science program. Each year, PLTW honors outstanding teachers and administrators who play an immeasurable role to prepare students to thrive in college, careers and beyond. The award recognizes educators who demonstrate a strong record of delivering an inspiring and empowering student experience while expanding access to PLTW programs and transforming teaching. Jobe has been a teacher at Pattonville High School for six years and teaches Principles of Biomedical Science, Biomedical Interventions and Medical Interventions. Students enrolled in each of those classes can earn college credit.

Bus drivers from Pattonville competed in the 2022 Missouri Association for Pupil Transportation’s Annual School Bus Safety Competition this summer. The competition featured three tests and 10 driving challenges. Contestants completed a written examination with a surprise question testing their knowledge of laws, rules and regulations required to operate a school bus, a pre-trip inspection test forcing a driver to find six defects on a bus in six minutes and 10 driving challenges including railroad crossing test, parallel parking and elementary student loading. Pattonville’s team finished in second place at the event, earning its highest-ever finish as a team. Greg Zemblidge won the overall individual title for first place, marking the first time a Pattonville School District driver has won the event and the second consecutive championship for Zemblidge. He will represent Missouri at the 2023 School Bus Driver International Safety Competition. Jim Dickerson finished in second and Regina Dunmire received fourth place.

Mary Jo Gruber, Pattonville School District’s chief financial officer was selected as the Missouri Association of School Business Officials board president for the 2022-2023 school year. MoASBO is a professional association with nearly 1,000 members. Its mission is to support, connect, develop and advocate for school business officials in order to help their districts improve student success. Gruber has been a MoASBO member since 1999.