Students celebrate canned food drive with pies to the face 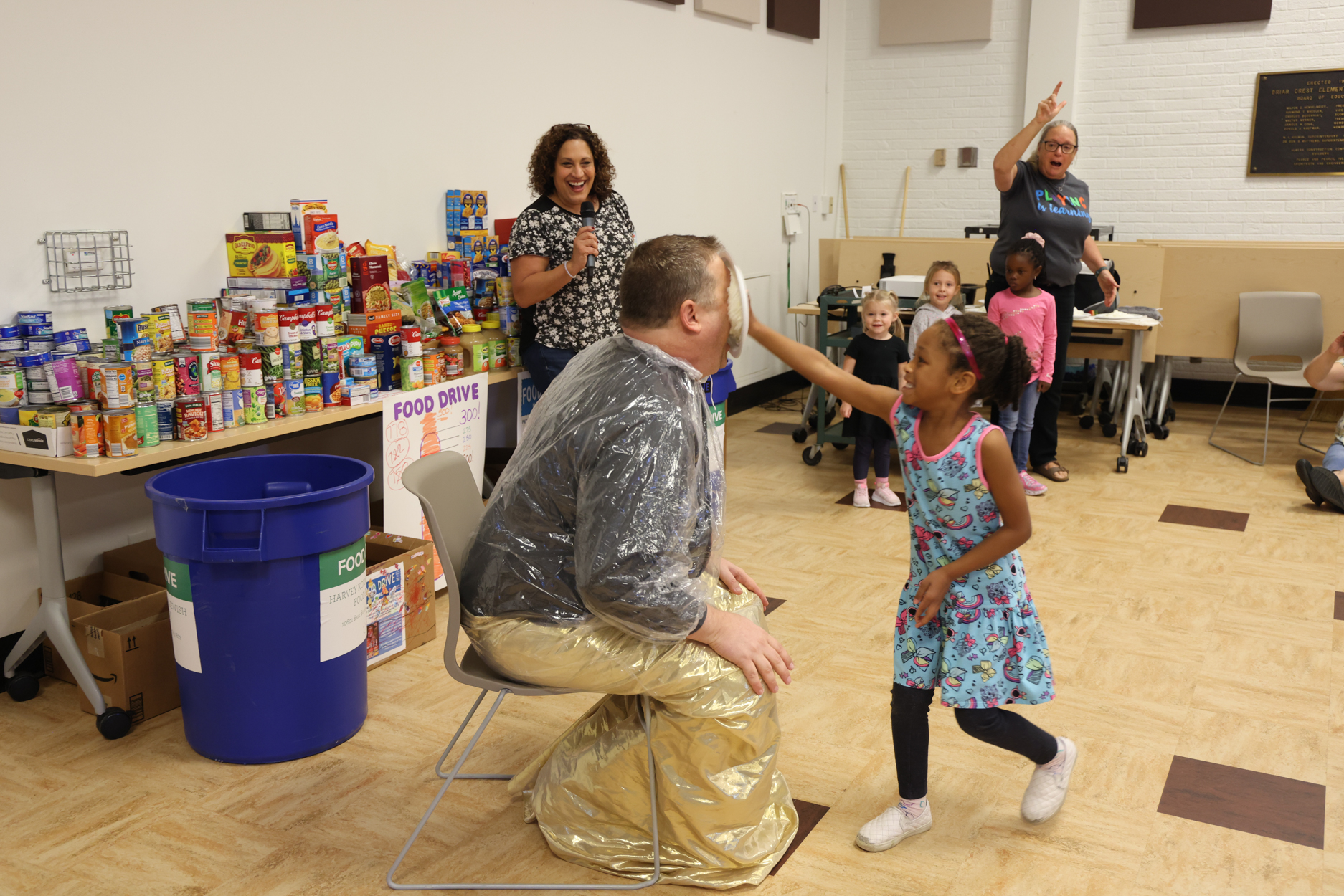 Pattonville Early Childhood Center hosted a food drive to support local food pantries. School director Dr. Greg Cicotte challenged the students to collect 300 cans or boxed food items and promised that if they topped that goal, he’d let them hit him in the face with a pie. Needless to say, he underestimated his students who collected over 800 items.
“We did something very kind for our community,” he said to the students who were assembled in the cafeteria for their first school-wide assembly. “We were doing something super awesome and we were collecting food for people who may not have as much as they need.”
The goal was set at 300 because it counts all of the students and staff in the school, but they ended up getting almost three times that amount.

“So I’m going to take three pies in the face!”

“We made it a chance to talk about being helpful and serving others, but we also tied it into a lot of academic skills as well,” teacher Lindsey Jones said. “We were counting the cans and sorting them and made it a sensory activity by carrying the heavy cans down to the cafeteria.”

Nora Scott was the first student who was randomly selected to pie Cicotte in the face.

“We were helping our friends,” she said.

Scott’s name was added to the lottery because she donated corn, macaroni and cheese and baked beans.

“I smushed the pie in his face and turned it,” she said. “I’ll remember this and it’s something I’m going to tell my family and my friends all about.”
Photo gallery: https://pattonvillesd.smugmug.com/2022-2023/EC-Canned-food-drivepie-in-the-face/
Slideshow