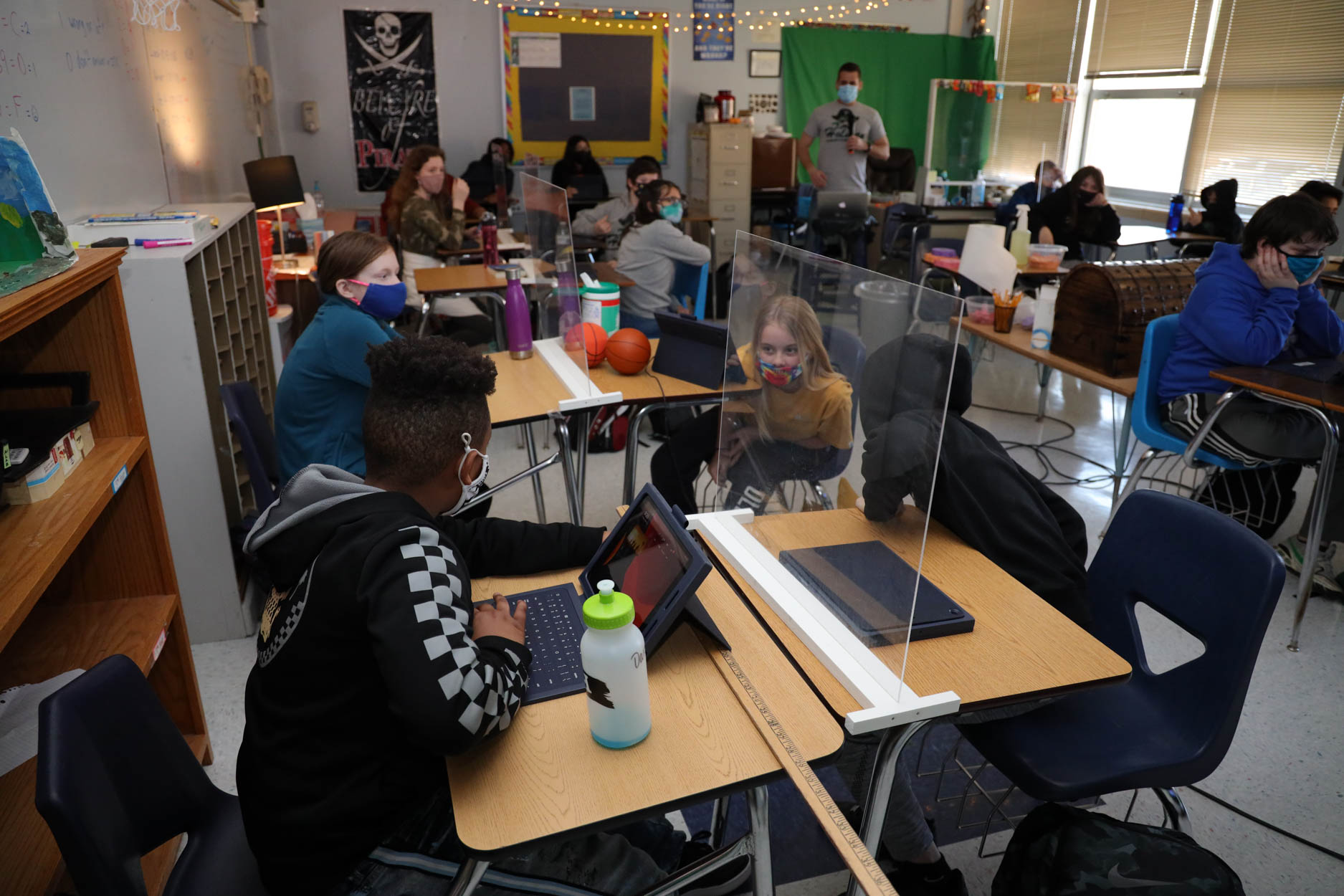 For those unfamiliar with his rules: Groups of students play as a team and one person submits their answer using an app on their iPad. If they get the question correct, teams can keep the points they earned or use them to add or deduct points from one or more other groups.  They can also try to double or triple their earned points by attempting to make a basket before deciding how to use the points; however, if they miss the shot, that point total is cut in half.

“If a group gets too far ahead, some kids might want to give up, but this keeps them in the game the whole time,” Loyet said. “Points can be used as an attack or a peace offering and the basketball hoop is a way to get them up and moving and adds some excitement to the class.”

Lauren Jacobs was her team’s captain and decided to keep the 200 points after answering a question about Mount Erebus.

“We’re vicious, but we’re also smart,” Jacobs said. “This is a fun way of studying and it helps me memorize the things I get wrong. We’ve played this game before and I usually end up doing pretty good on the actual tests.”

After Day 1, there was a three-way tie for first place.