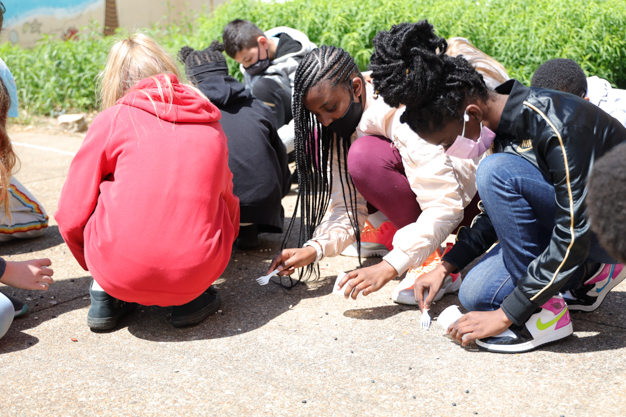 “We're starting our unit on natural selection and adaptation so they're looking at different traits to see which one is the best trait to hunt,” teacher Terri Sallee said.

“We were using forks, spoons and knives and trying to pick up the red, white and black beans and put them in a cup which was the bird’s stomach,” Tristan Curry said.

The five “birds” that ate the most will reproduce and have babies with the same beak trait as their parents.

“On the other side, the five students that ate the least are out and die a horrible death because they did not have a successful hunt, but they do come back as a baby and try again with maybe a different beak type.”

Traditionally, scoop-billed birds are more successful, but Curry did not find that was the case for him.

“I actually died in the first round using a spoon because I couldn’t get the beans on it.”

He adapted in the next round when he was given a knife instead.

“I put my cup right above the ground and started flicking the beans into the cup,” he said. “I got 12 doing that and only three in the first round.”

Sallee will continue working on this lab with the students and they will use the information they collected on Wednesday for other parts of the unit.