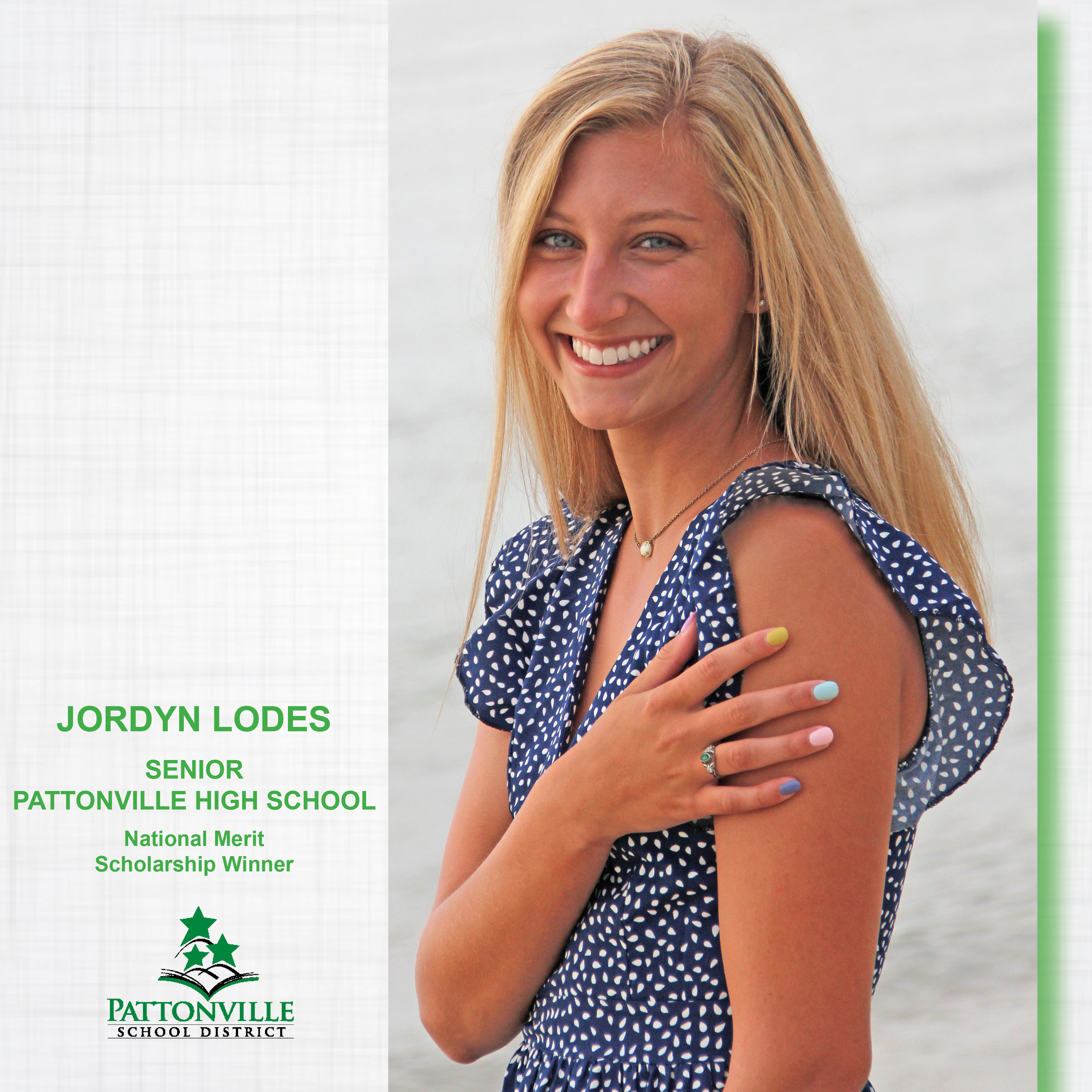 Pattonville High School senior Jordyn Lodes is among the third group of winners in the 2021 National Merit Scholarship Program. She received the National Merit University of Missouri - Columbia Scholarship. Her probable career field is mechanical engineering.

Over 1.5 million juniors in approximately 21,000 high schools entered the 2021 National Merit Scholarship Program when they took the 2019 Preliminary SAT/National MeritScholarship Qualifying Test (PSAT/NMSQT®), which served as an initial screen of program entrants. Last fall, approximately 17,000 Semifinalists were named on a state-representational basis in numbers proportional to each state’s percentage of the national total of graduating high school seniors. Semifinalists were the highest-scoring program entrants in each state and represented less than one percent of the nation’s seniors.

To compete for Merit Scholarship awards, Semifinalists first had to advance to the Finalist level of the competition by fulfilling additional requirements. Each Semifinalist was asked to submit a detailed scholarship application, which included writing an essay and providing information about extracurricular activities, awards, and leadership positions. Semifinalists also had to have an outstanding academic record and be endorsed and recommended by a high school official. From the Semifinalist group, some 16,000 met requirements for Finalist standing, and about half of the Finalists will be Merit Scholarship winners in 2021.