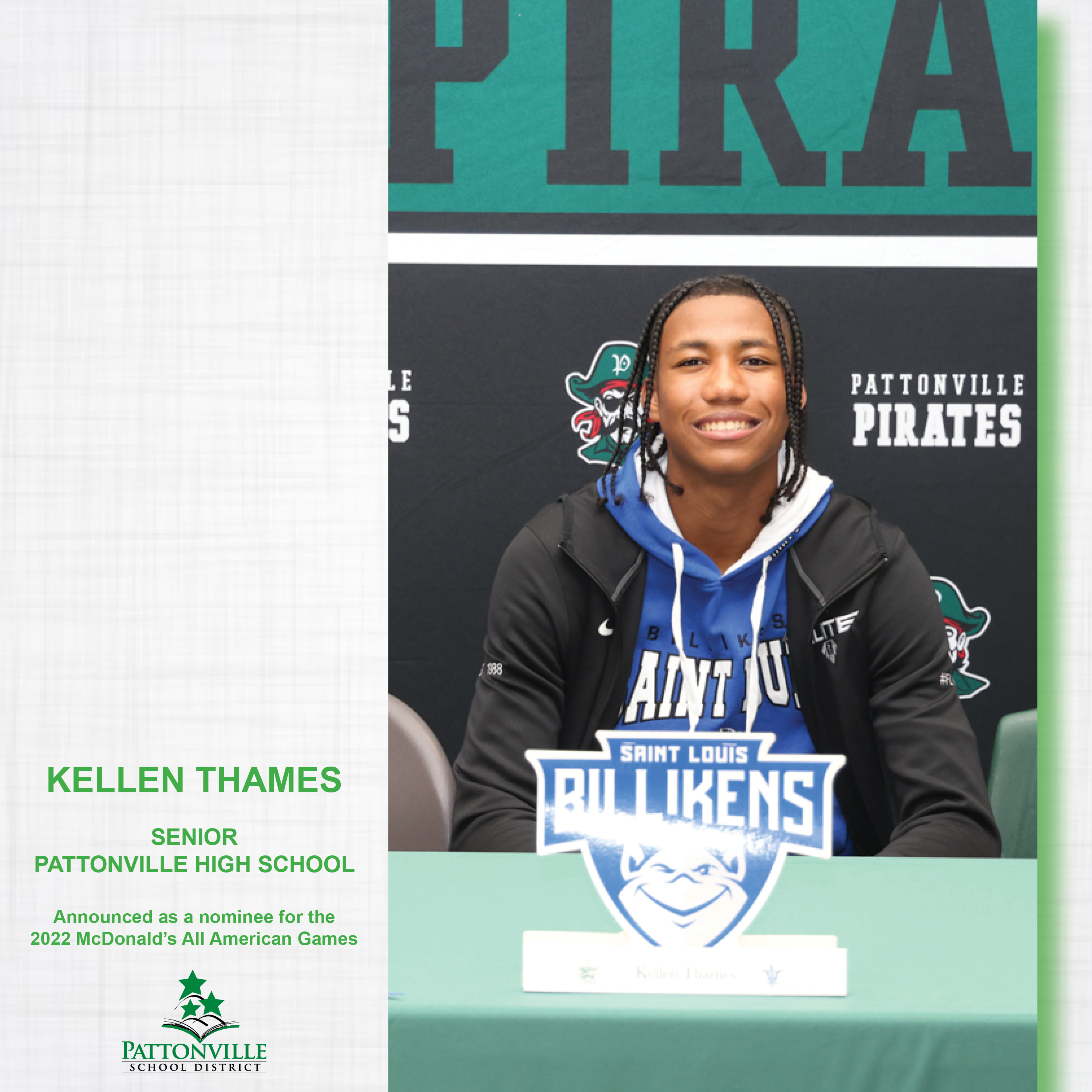 Nearly 800 players were nominated by either a high school coach, athletic director, principal or member of the McDonald’s All American Games Selection Committee. This year’s nominees represent 41 states and the District of Columbia. Thames was one of 13 boys nominated from Missouri. A complete list of 2022 McDonald’s All American Games Nominees is available at mcdaag.com.

Pattonville’s next game is against Ladue for third place in the Washington Mid-Winter Tournament on Friday.