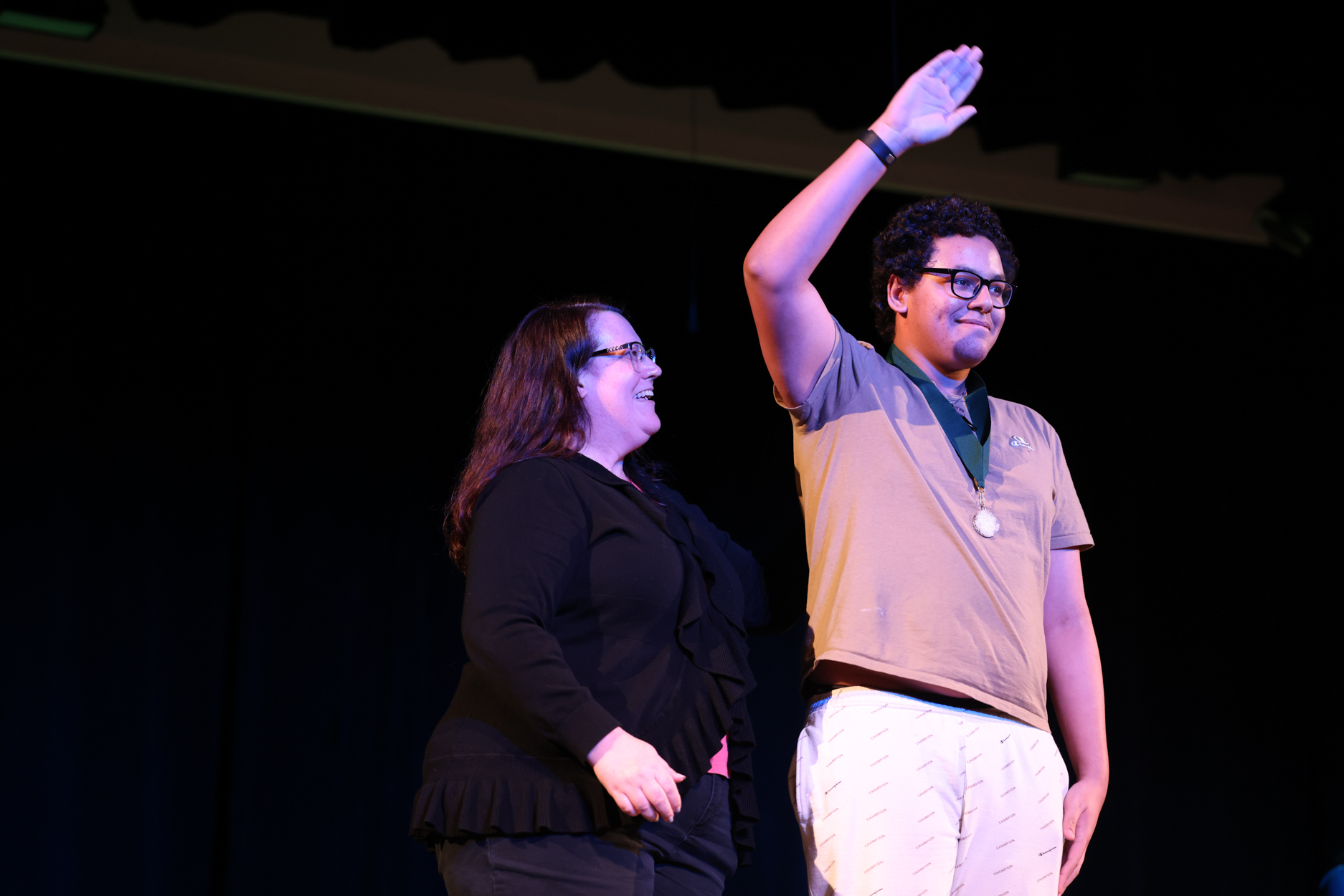 Staff members at Pattonville High School presented their MVP (Most Valuable Pirate) Awards to 121 students in grades nine through 12. Each staff member selected one outstanding student to receive an MVP medallion award during a special awards ceremony at the school on April 21.

The program was sponsored by the school's Renaissance program, which encourages a commitment to academic excellence based upon recognition of academic performance, attendance and citizenship.

The following students crossed the stage and met the staff member that selected them as their nomination was read aloud to those in the audience.